Understanding Attrition: the Case of Rape in Thailand

The term “attrition”, despite it being employed widely in the study of criminal justice system worldwide, has limited usage in Thailand. Interestingly, there is no exact translation of the word “attrition” in Thai language. To explain what we mean by attrition in the Thai context, a rather lengthy phrase is needed and specific examples are required to encapsulate the true legal meaning of the term. 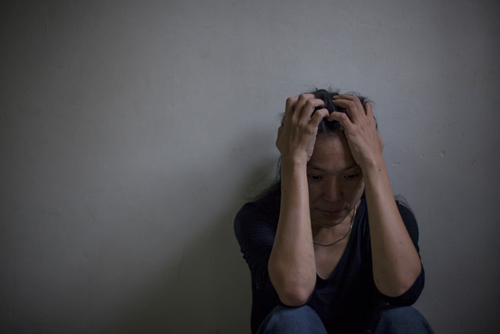 In principle, attrition refers to the point at which cases drop out of or are lost in the criminal justice system[1]. Typical examples, based on attrition studies in different regions such as Europe, the US and Africa, range from a victim’s decision not to report to the police, the case not been recorded by the police on the ground of insufficient evidence or the case is discontinued at prosecution or acquitted at court stage. Attrition also includes instances where the victim decides to withdraw at some point of the criminal justice process.

When applied to the Thai context, attrition is often used as a pejorative term, as it is seen as a vantage point for the “blame game” between the actors in the criminal justice system: the police, prosecutor and the courts. Hence, it is important that attrition is understood and suitably contextualized, as this should help in strengthening the legitimacy and effectiveness of the Thai criminal justice system.

In Thailand, rape and sexual violence against women remain an intractable problem. Indeed, rape cases have made recurrent headlines in the media. However, these are reported in a more sensational manner and rarely help in raising and discussing issues of substance around rape. According to data by the Thailand Development Research Institute (TDRI) and an upcoming country report by the Thailand Institute of Justice (TIJ), from the year 2008-2013, on average, the number of rape cases reported to the police was approximately 4,000 cases per year or 1 case every two hours. From these 4,000 cases, the police proceeded with arrests in 2,400 cases (or 6 in 10 cases). However, the actual number of rape cases (reported and unreported) per year is estimated at around 30,000[2]. Hence, based on these numbers, an estimated 85% of rape cases go unreported every year. This can be considered pre-attrition denoting that rape cases have never entered the system in spite of their occurrence.

Under-reporting has posed a serious hindrance to women’s access to justice and is driven by a multiplicity of factors ranging from societal attitudes and institutionalised gender biases to the practical difficulties and complexities of navigating the Thai police and judicial systems. At a deeper level, the patriarchal structures underpinning Thai society tend to support the stigmatization of rape victims. The victims do not want to reveal their shameful stories, blame themselves for what happened while society questions to what extent the victims “brought this upon themselves”, by what they wore, where they were and why they did not cry for help. Therefore, it is as if the burden should lie with the victims to prove that the incident was non-consensual.

Notwithstanding the low numbers of reporting, attrition deals with the issues that emerge once a victim decides to proceed with reporting rape. Indeed, the pioneering study on attrition by the Thailand Institute of Justice and UN WOMEN, reveals that attrition is one of the main bottlenecks in bringing real justice to rape victims[3].

Once cases enter the system, the first attrition point is the act of reporting rape. A common example of attrition occurs when victims fail to report within the 3-month timeframe as required by the Thai Criminal Code. In addition, the common practice of mediation and settlement encouraged by the police also results in cases not being reported. In many instances it has been reported that victims deliberately withdraw the case as they are treated with disrespect by the respective state or police officials, who may lack the necessary gender sensitivities and training when dealing with the victims.

At the stage of investigation, attrition can be caused by flawed coordination among different the relevant actors which can weaken the soundness and effectiveness of the evidence gathered.  Insufficient assistance and support for victims is also considered an important attrition trigger at this stage. Furthermore, once the cases reach the trial stage, court support for victims is indispensable to prevent attrition and prevent proceedings from being drawn out. Again, mediation and settlement which are permitted at all stages, according to the Thai Criminal Code, contribute to attrition at this last phase of the criminal justice system.

A number of institutional factors have caused attrition at all stages. As discussed above, gender-based stereotyping and biases permeate society and influence the way criminal justice actors work. Gender sensitivity is highly critical in cases of rape given that victims are in a vulnerable state. But gender training is on limited offer in the justice system and resistance, if not fear, to the term gender is hard to overcome. In the realm of the Thai law, the equivocal meaning of consent (or the absence of it) has created a loophole which could allow for the ‘benefit of the doubt’ to the offender.

In practice, coordination amongst the relevant parties, a robust referral mechanism and capacity gaps need to be addressed and rectified. Many organizations in the criminal justice system are under-resourced and unable to properly tackle rape cases. For example, the Royal Thai Police has yet to recruit and train more female interrogation officers to take charge of sex related offenses; as opposed to The Office of Attorney General which has dedicated resources and has been more focused on training its staff on issues of gender. From the victim’s side, repeated questioning, delay and expenses incurred during the process dissuade them from fighting until the end. Last but not least, the focus on mediation and settlement over justice, “a Thai way” of settling issues and bringing harmony to all parties must be revisited. Currently, no guideline exists for officials on when and how to mediate, as this occurs through informal processes.

Nonetheless, positive initiatives have been taken to improve the effectiveness of the justice system in cases of rape and sexual violence. Tangible efforts have been made by the Royal Thai Police to train and build capacity for the new generation of female police officers while acknowledging the importance of educating male personnel. Prosecutors are now equipped with a handbook on prosecuting sexual violence. These are steps in the right direction and could be further enhanced by a number of measures including: quality essential services for victims which prioritize their safety and support; training for judicial clerks and judges to discourage gender biases; promotion of specialized expertise on rape and sexual violence at all stages of the criminal justice system along with development of effective oversight and accountability mechanisms. Most importantly, gender equality and women’s empowerment must be mainstreamed into the criminal justice system through an ongoing engagement and reform of policies, practices and capacity resources.

For the betterment of women’s access to justice, it is imperative that better gender knowledge and sensitivities are integrated into the criminal justice system. Criminal justice comprises numerous actors who interpret, practice and implement the laws and are conditioned by their set of beliefs, values and preconceptions on gender. Overall, these are informed by society at large as well as certain traditional, unwritten and informal attitudes which are ingrained in the justice system. In the case of rape and sexual violence, this gendered conditioning often harms female victims and prohibits their access to justice. As this article points out, attrition is triggered at every stage of the justice process and it informed by the prevailing norms and practices regarding gender and women’s rights. Understanding attrition and its causes is not about pointing fingers at who has done wrong. Rather it is about ensuring that the justice system can contribute to meaningful lasting social change and a reduction in the incidence of rape and sexual violence.

[1] “Drop out” means a clear and explicit decision is made by criminal justice officials namely prosecutor to discontinue the case while “lost” can entail that a suspect cannot be identified, the case is withdrawn by the victim and/or acquitted at court.

Moreover, in 2013, the data reveals there were approximately 4,000 cases that reached the Court of First Instance while the data on how many rape cases made their way to the Supreme Court is unavailable. Among 4,000 cases, 2,500 cases are statutory rape (rape of minor under 15 year of age).

[3]  The study, which is part of a multi country study on attritions in Asia, employs both qualitative and quantitative methodologies to examine attrition points and rates throughout the criminal justice system.